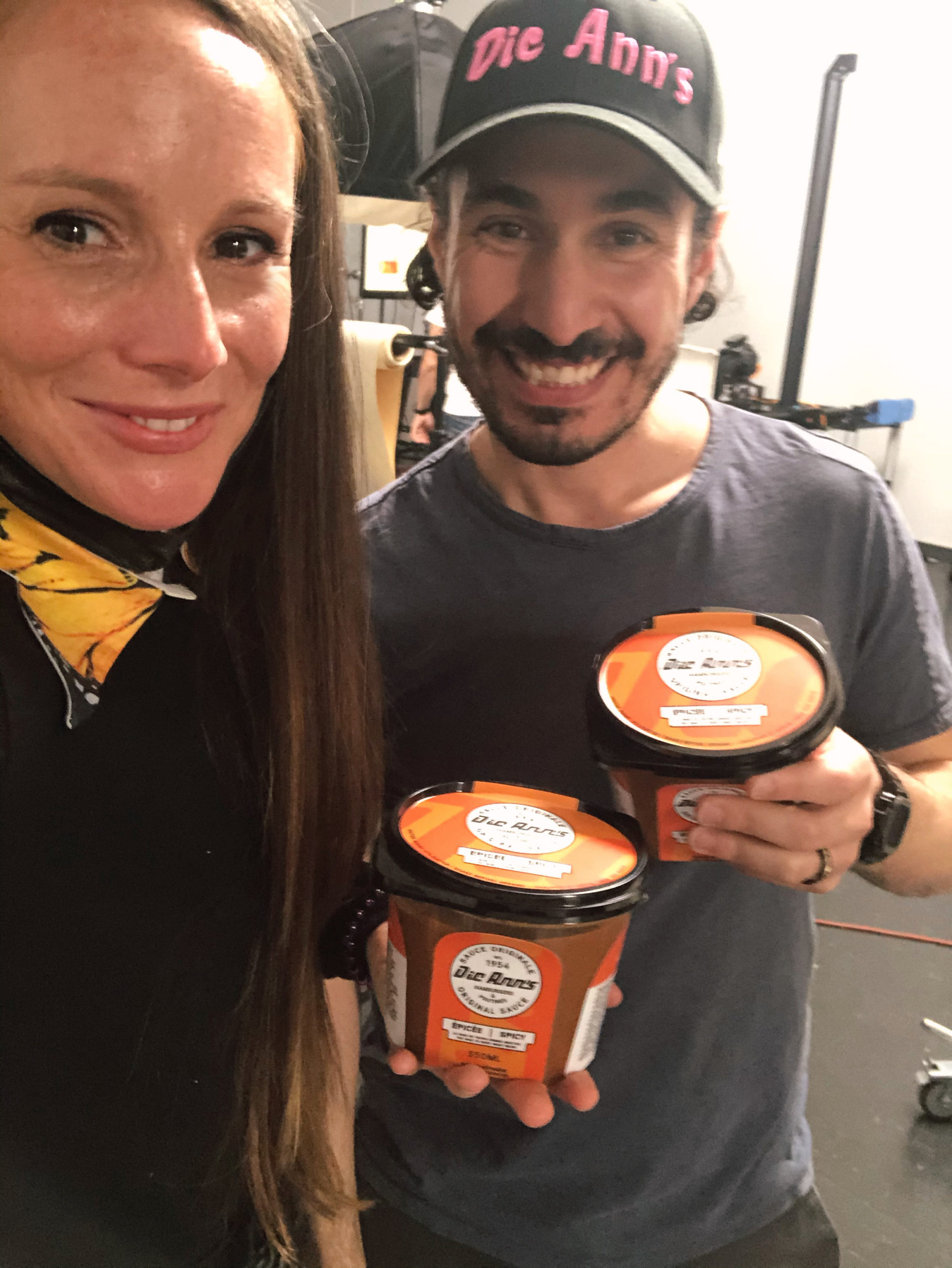 The story goes as follows. Dominic “Dick” Potenza was born in West Virginia and grew up in Utica, New York. He became well known in the Rochester – Buffalo area during the ’40s as a head-waiter in the supper-club-type restaurants of the era. It was at one of these supper clubs that he met his future wife, jazz accordionist Ann Collecchia, who performed using the stage name of Ann Russell. Together, they envisioned a fast food restaurant that would serve an original-style hamburger with their own special sauce. After much thought, this original style hamburger took the form of a toasted bun containing a thin patty that would cook quickly. After they modified and combined two recipes that they brought with them from Rochester, Dick and Ann developed their famous hot sauce.