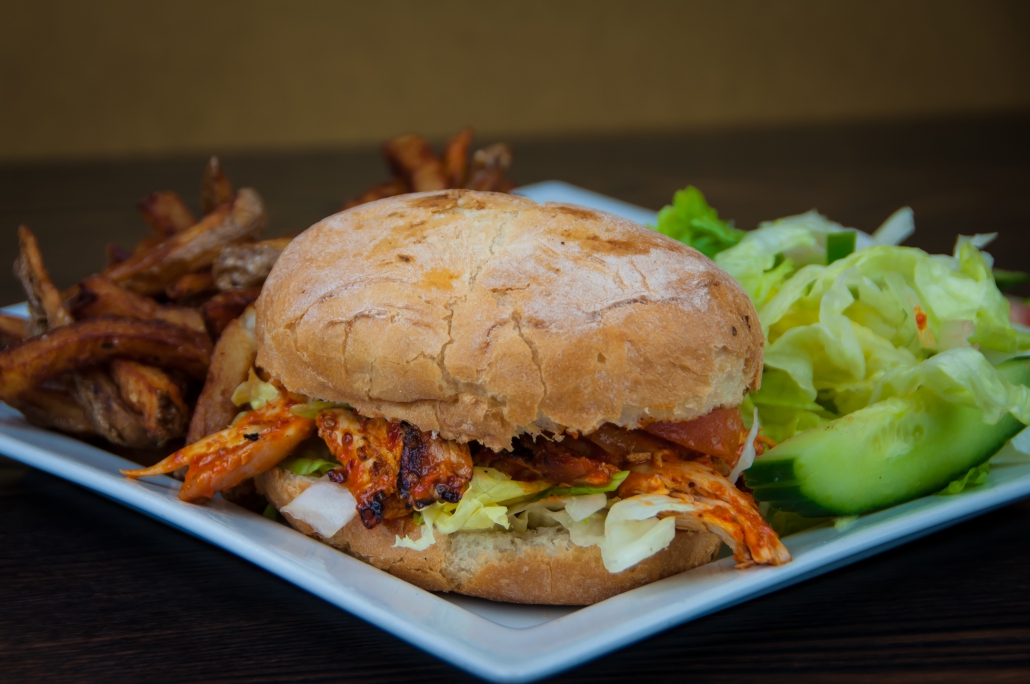 Jay Ingber owner of Les 3 Maria and his two partners (Bobby Leftakis and Andrew Surowaniec) played softball and became enamored with Les 3 Maria, a Piri Piri Portuguese restaurant in Dollard des Ormeaux. They frequented the restaurant so often after their matches that just like the Gillette spokesperson, they liked the restaurant so much that “they bought the company.” Les 3 Maria began about six years ago. If you are wondering if three actual Marias were working there in the beginning, your assumption would be correct.