Growing up, The Bar-B-Barn was always a favorite restaurant for my family. As such, we would frequently dine or takeout from the downtown Guy or West Island Sources Boulevard locations.

The father and son team of Manny and Dalton Barnoff launched the chicken and ribs spot in 1967, using their last name as a play on words for the moniker. Tom McQueen would eventually enter the picture as a busboy, waiter, bartender, and manager before becoming a co-owner. These days the  Barnoffs remain very much part of the picture. Manny, best known for radio commercials in which he tells potential customers to “Tell them Manny sent you,”  is now 88 years old and lives up north. McQueen goes up there at least three days a week to keep him in the loop.

Continuing the tradition set forth by the Barnoffs, Tom now works alongside his 28-year-old son Jonathan who helps supervise both locations. “You could say I officially became involved here at the age of six,” he told me.

Jonathan completed his education, including a degree in sports management from Laurentian University in Sudbury.  He spent some time working for the Montreal Alouettes in operations and events before returning to the Bar B.

Having celebrated its 50th anniversary last year, I asked Tom whether the time has come to add a third location. This is definitely something on the radar screen.  Added Jonathan: “There are no
formal plans in place nor has any work been put into examining this option, but the conversation is always there because customers are always asking for a third location; especially those who no longer live in  Montreal!

What I remember most about the Bar-B-Barn was their most famous pitchman, radio legend Ralph “The Birdman” Lockwood. As the morning man for CKGM, Lockwood always seemed to sneak this restaurant into conversations. He not only promoted the place, but he could be seen there often enjoying a good meal.

When I recently dropped by the Pointe Claire locale for lunch with two guests, it marked the first time in well over a decade  I had been to the Bar B.  The nostalgia came pouring back as I sat a table with a glass covering and their same trademark yellow menu underneath. Not a lot has changed. Our server Jasmine has been with the restaurant for 25 years. The West Island location can seat 470 people while downtown has a capacity for 300 people over four levels. 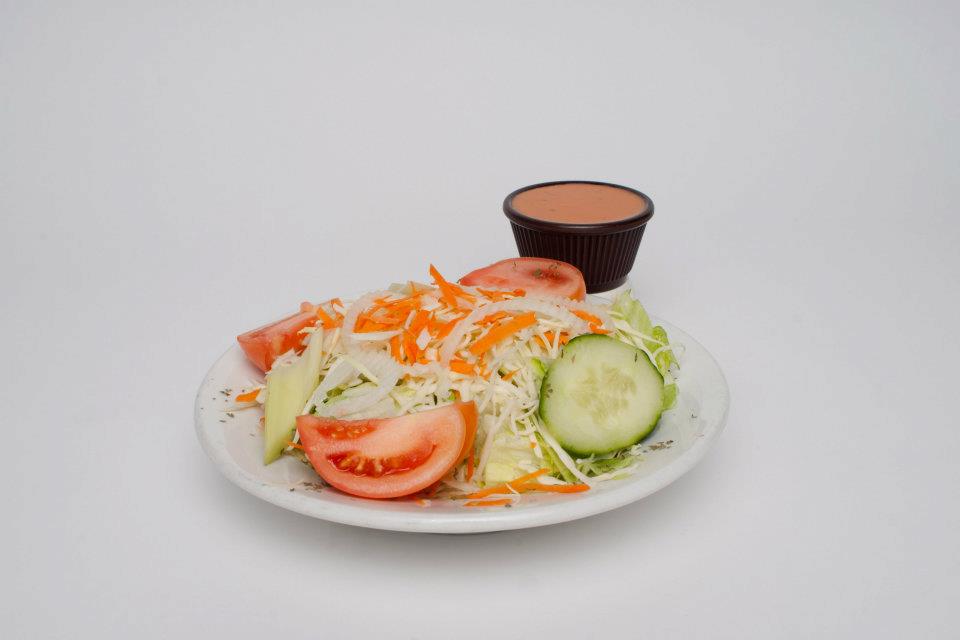 The Bar-B-Barn introduced Southern style BBQ spareribs to Quebec in 1967.  These ribs are slowly broiled in specially designed rotisserie ovens, painted multiple times with our unique sauce and come out fall-off-the-bone tender with a beautifully caramelized finish. The chicken is rubbed with spices and slowly cooked until the skin is crispy and the meat is moist and tender.

Ribs at the Bar B come in three sizes: Baby Hawg, Half Hawk or Whole Hawk. They slide right off the bone, are meant to be eaten with your hands and plenty of wet naps are provided. 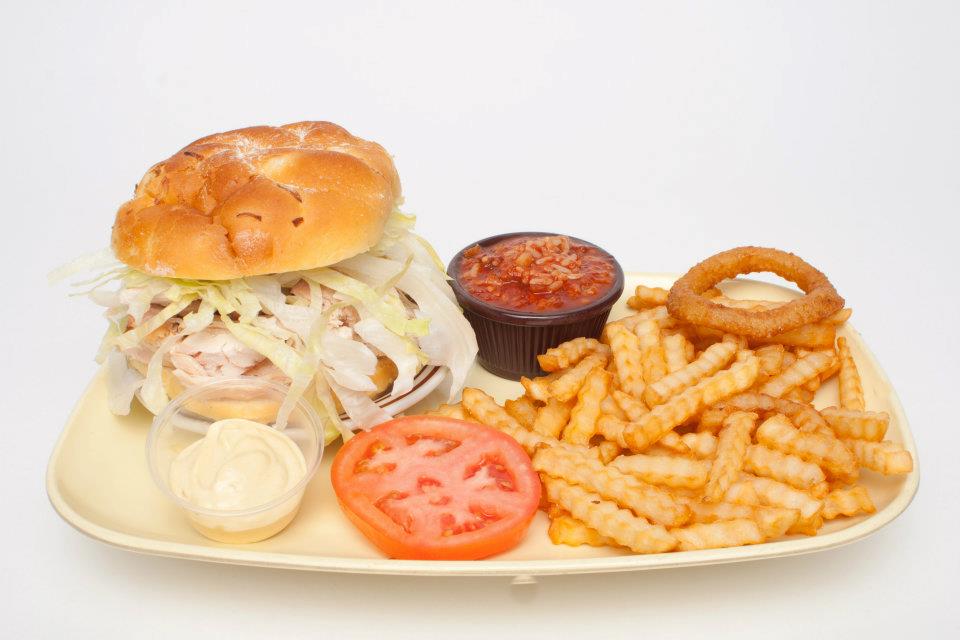 My two guests both ordered the Half Hawg, a generous portion the signature ribs & sides: the crispy as can be fries, Spanish rice, and a soft roll. I did not even need to look at the menu for I had been dreaming about the famous combo plate, featuring three ribs and a quarter breast with the roll, rice, fries and their homemade BBQ sauce.  Jasmin suggested  I try the crispy onion rings as well and I  agreed. Needless to say, I did not leave a thing on my plate. How could I have waited so long to come back here?

You can also get items like a chicken burger, a chicken salad platter and sides like homemade mashed potatoes, a garden salad and coleslaw. For dessert, I had my eye on the homemade apple pie, cheesecake, carrot cake and chocolate cake. The latter won out.