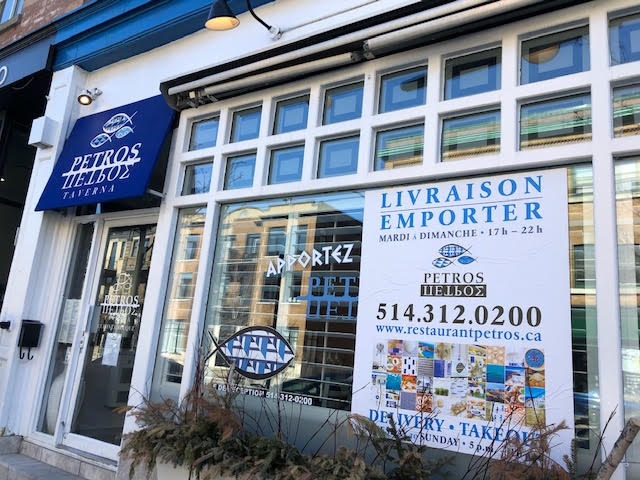 Petros Taverna has officially come out of COVID-19 hibernation with a take-out and delivery service at its Westmount (4785 Sherbrooke Street West) and Mile End (234 Laurier Street West) locations. Owner Ted Dranias plans to expand the program to his Griffintown (1613 William Street) restaurant soon. A fourth Little Italy spot was supposed to debut this spring, but that has been placed on hold until authorities give the green light for restaurants to open for diners. 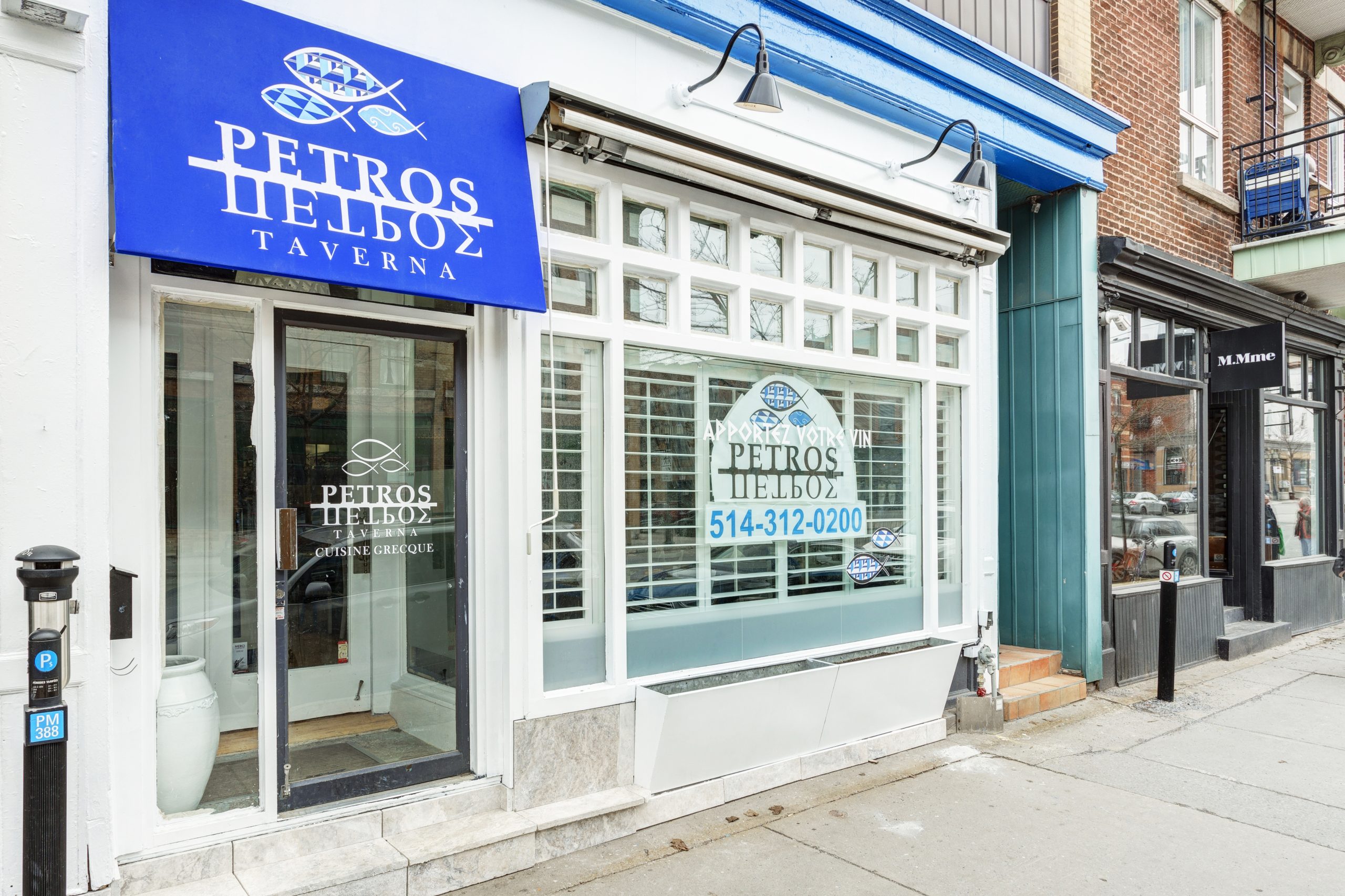 In case you have not noticed, I am a huge fan of the growing Petros Taverna family of dining establishments in the Montreal area.

Owner Ted Drainias is a man on the move. Years ago he first brought us Peter’s Cape Cod on the West Island. Then came La Trattoria on Notre Dame Street in Griffintown, where he introduced the maiden Petros right next door in May of 2015. It was such an instant success that in December 2016 he expanded with Petros Westmount at the corner of St. Catherine Street and Grosvenor.